TheÂ Blu Vivo 5R is the sixth in the Vivo series of smartphones, which is essentially a mid-range line of devices. To be fair, though, the mid-range pretty muchÂ only applies to the hardware that powers the experience; the exterior is quite polished and punches above its weight.

Weâ€™ve had a Vivo 5R in our possession for a few days now and have come to really like the look and feel of the phone.Â Designed with aluminum and curved glass, the handset looks like it would cost at least $50-$75 more than it does. Indeed, this $200 experienceÂ has all the trappings of a flagship model yet itâ€™s not too much phone for the average user.

Aside from the outward appearance, a few things weâ€™ve already come to appreciate in the Vivo 5R include the fingerprint reader and Android build. The former is new to the Vivo line while the OS is an updated, more secure, and feature-rich platform.

Letâ€™s face it, itâ€™s not as if the Vivo 5 needed to be refreshed already. Given itâ€™s only eight months old, we would not have been surprised if another 2-4 months went by without a successor. Thankfully, Blu decided the time was right to drop a refresh.

Not only do we getÂ more memory and storage in the Vivo 5R, but users also pick up an extra half-inch of display. Thereâ€™s a slight trade-off in terms of size, of course; itâ€™s taller than its predecessor and a teeny bit bigger on the other edges. Itâ€™s barely taller than the OnePlus 3, but itâ€™s every bit as pocketable and one-hand friendly. 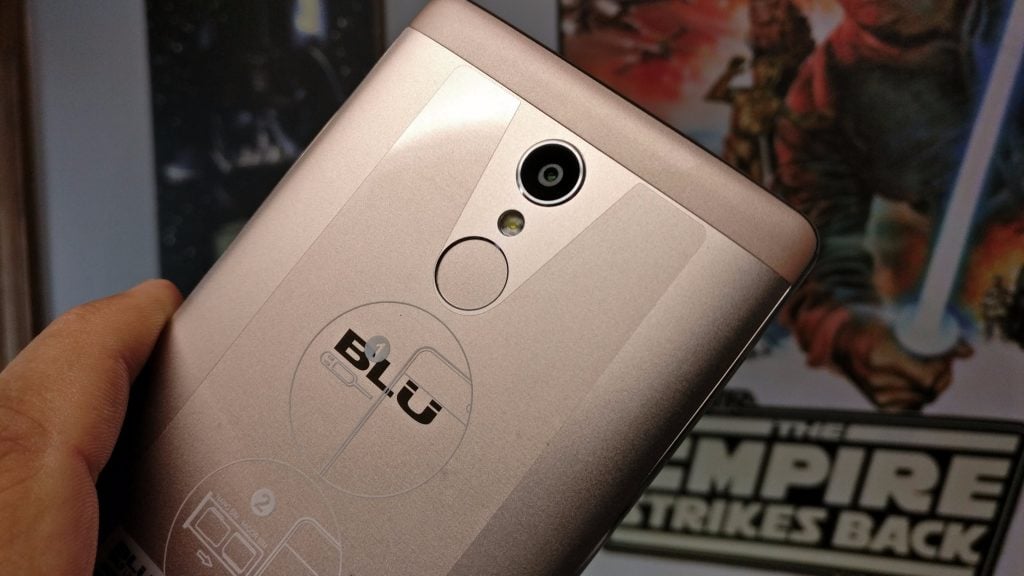 One thing we were glad to see in the Vivo 5R was its $200 price tag. This is the same space that the Vivo 5 occupied so itâ€™s essentially like getting a punch up barely one half year after release. Weâ€™re not sure what will happen to the cost of the older sibling, but weâ€™re guessing a price drop is soon in order.

We love the rear placement of the fingerprint sensor as itâ€™s right where your finger tends to rest. Itâ€™s the same spot as where youâ€™ll find it on a Nexus 6P or where the volume buttons are for the recent LG G models. Thus far it has been snappy all around. Speaking of snappy, we appreciate that it can also be used to activate the shutter of the camera.

The 3150mAh battery carries over from the Vivo 5, which is a big win in our eyes. More than enough to get users through a day or more of typical tasks, itâ€™s bigger than what most lower-cost phones offer. We might have liked the USB Type-C connector, but not everyone is making the jump yet. But, given Blu has included it in a number of recent models, we were surprised to see the microUSB port. 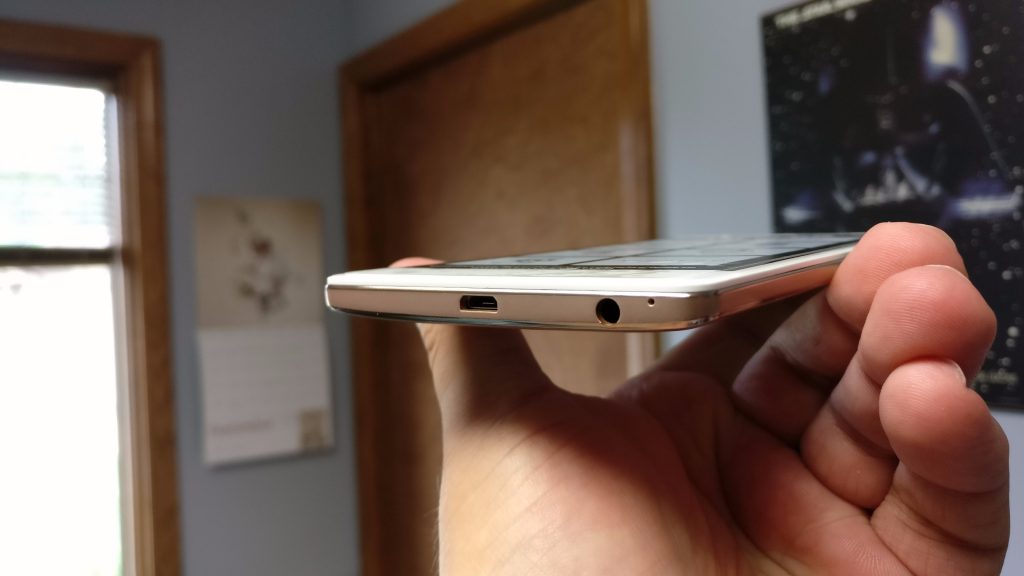 The nearly stock Android build is present, something weâ€™ve come to appreciate in Blu models. Thereâ€™s a few apps pre-loaded from the handset maker, but itâ€™s not heavy handed. Aside from McAfee Security and Opera, the only other non-Blu touches are apps from Amazon. If youâ€™re new to Android, youâ€™ll get the near-Nexus software, andÂ is almost exactly what Google intends for users. Itâ€™s intuitive, friendly, secure, and smart.

When it comes to cameras, weâ€™re yet-again astonished by what weâ€™re getting out of Blu, especially for the price. To us, itâ€™s getting harder and harder to justify spending more than $400 on a phone. When you look at some of the pictures you can take in a $300 phone like the Pure XR, itâ€™s tough to consider pulling more out of the wallet. The same goes for the Vivo 5R; itâ€™s amazing what you get out of the Sony sensor. 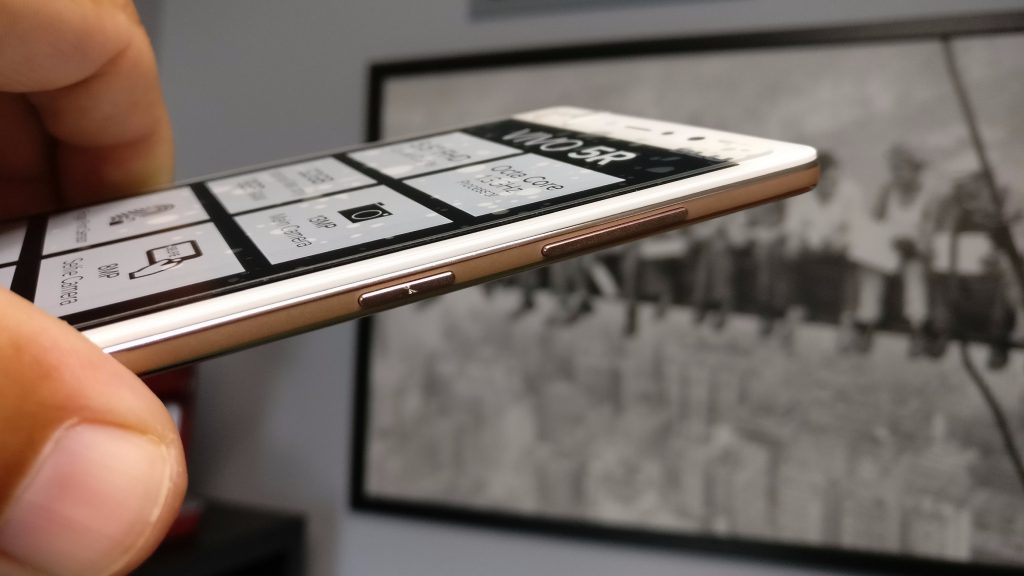 Keeping in mind that weâ€™ve only had the Vivo 5R for just over three days, weâ€™re totally digging it. Having just used the Pure XR for a daily driver over the last few weeks, we expected to feel the difference, literally. We figured it would come across as cheaper in texture or build. We were happy to be proven wrong.

In terms of performance, weâ€™ve not put this one through a battery of daily driver tests. Weâ€™re just starting out with the stock experience to see how it goes out of box. Another couple of days and weâ€™ll put on the various accounts and apps to get rolling. Â Suffice it to say, even though it has less internal hardware power than the recently released Pure XR, itâ€™s negligible for the most part. Again, a few days from now we might sing a different tune, but the octa-core processor with 3GB RAM is plenty for many users. 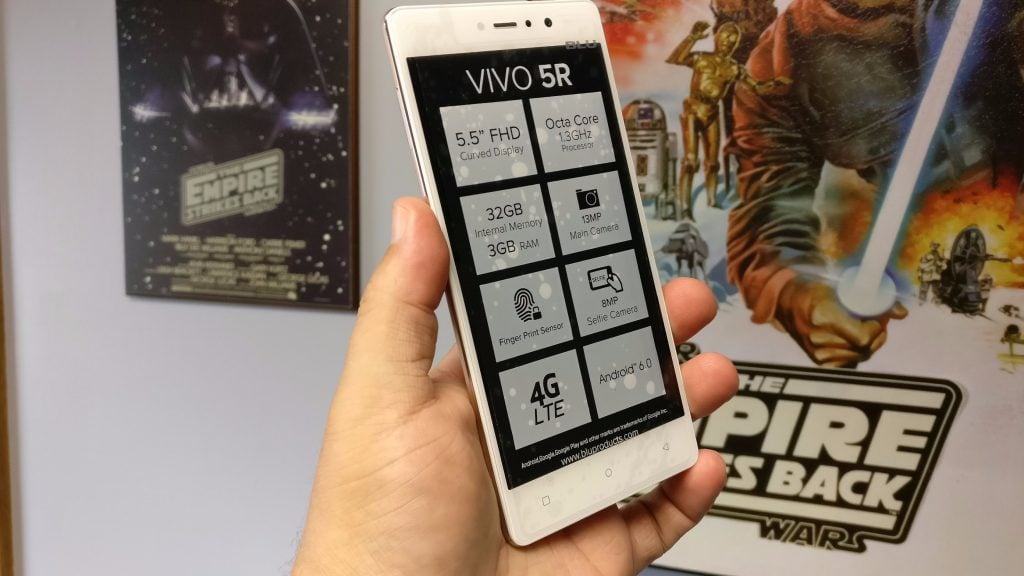 Kudos to Blu for throwing in the screen protector and rubber protective case on top of the headphones and power cable. Itâ€™s a small gesture that saves a little bit of money, but itâ€™s certainly appreciated.

Weâ€™ll be putting together the formal review over the next few days so be sure to check back for more coverage.